OpenMRS: The OpenMRS(Open Medical Resource System) community is a worldwide collaborative open source project, software platform of volunteers from many different backgrounds including software development, technology, health care, and international background. OpenMRS, Inc. is a registered non-profit organization that is the owner of all OpenMRS materials and the maintainer of the software’s Public License. This entity will represent the OpenMRS project in legal and financial matters. The first ideas and prototype of OpenMRS were certain by Paul Biondich and Bruke Mamlin.

Journey: OpenMRS started to fix out a database system in a single clinic in Kenya located in Eastern Africa. But, from the past few years, it has grown enough familiar to be used both in research and health care worldwide. OpenMRS is now in use around the world including Kenya, South Africa, United States, Zimbabwe, Pakistan, India, Bangladesh, North Korea, Haiti, China, Philipines, Tanzania, Kazakhstan, Lesotho, Mozambique, Uganda, Colombia, Greece, Spain, Nigeria, France, United Kingdom, Georgia and many other places(see on map). The work is also supported by many organizations, such as international and government group aids, NGO, non-profit and for-profit corporations etc. OpenMRS has also taken participate in Google Code-In 2017(GCI 2017), Google Code-in 2018(GCI 2018) and has been selected as a mentoring organization.

Goal: OpenMRS(Open Medical Resource System) has been working on health care about all of these years. The mission of OpenMRS is to improve health care delivery in resource-constrained environments and poor resource background health care settings by coordinating a global community that creates a robust, scalable, user-driven, open source medical record system platform. OpenMRS is working to build and cherish a community of people interested in improving and enhancing health care in developing countries through information and communication technology(ICT). Also, to effectively make change through collaboration, sharing ideas and code also, most important- through action. OpenMRS is contributing to saving lives via improving health care, also by developing software to support the delivery of health care in developing countries.

Work: The OpenMRS code is based on a “concept dictionary” that narrates all of the data items that can be gathered in the system such as clinical findings, laboratory test results or socio-economic data. The data model borrows heavily from the Regenstrief model, which has an over 30 years history of proven scalability. This access avoids the need to modify the data dictionaries between projects and sites. An important feature of OpenMRS(Open Medical Resource System) is its modular construction which allows the programming of new functions without modifying the main code. In the middle of the project, we can share our prototype and get feedback from experienced developers and clinicians in higher bandwidth format than email. Though OpenMRS is web-based it can be deployed on a single laptop or on a large server.

This site uses Akismet to reduce spam. Learn how your comment data is processed. 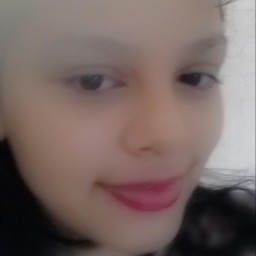 This is Momtahina Karim. The author of Explore With Momtahina.